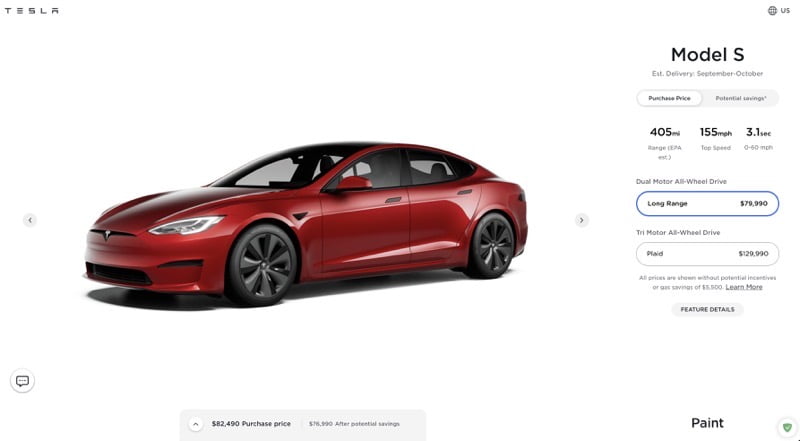 On the night of Tesla’s Model S Plaid delivery event, the company has revised the range of its regular Model S Long Range.

The Tesla website is currently showing 405 miles (651 km) for the Model S Long Range, a slight drop as it previously noted 412 miles (663 km). The change was spotted by @SawyerMerritt:

Teslas website now shows that the Model S Long Range has a range of 405 miles (down from 412). pic.twitter.com/xV6IcUSrzl

It’s unclear why the range has changed for the worse, as Tesla typically improves its range on vehicles due to software and hardware efficiencies. While the drop from 405 to 412 miles is not significant by any means, it may just be a tweaked range to reflect better real-world testing by the company.