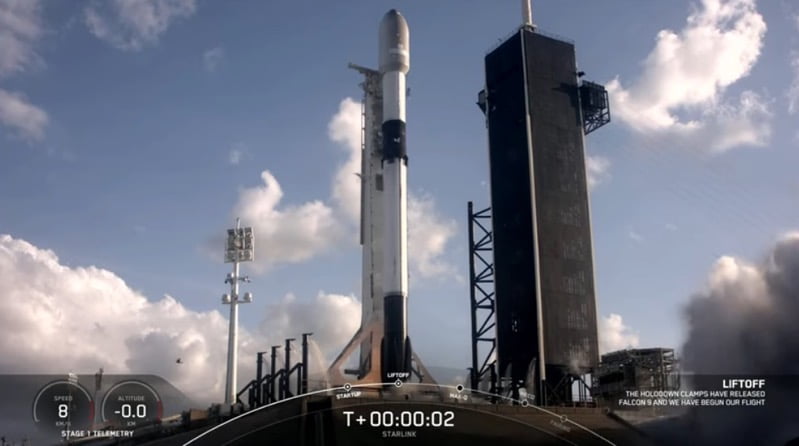 This was the 28th total Starlink mission for SpaceX, and its 15th mission of 2021. Today’s launch was also SpaceX’s second rideshare launch of the year, as a Tyvak-0130 and Capella Synthetic Aperture Radar (SAR) satellite were also on board.

The launch took place from Launch Complex 39A (LC-39A) at Kennedy Space Center in Florida, and was the eighth successful launch and landing for the Falcon 9 booster B1058. It was also the 84th recovery of an orbital class rocket by SpaceX.

Check out the highlights of tonight’s launch and also the full replay at the bottom of the post.

SpaceX usually does not show video of its clients’ satellites, so there was no video showing the deployment of today’s rideshare partners.

Falcon 9’s first stage has landed on the Of Course I Still Love You droneship:

Falcon 9’s first stage has landed on the Of Course I Still Love You droneship! pic.twitter.com/7QzVxkCuI4

SpaceX says its Starlink beta program is currently available in the United States, Canada, western Germany, South Island in New Zealand, Austria and France. Coming up next is Starlink for the Netherlands, confirmed SpaceX.

Earlier this week, SpaceX announced it would leverage Google Cloud, to allow for global connectivity of its Starlink internet service.