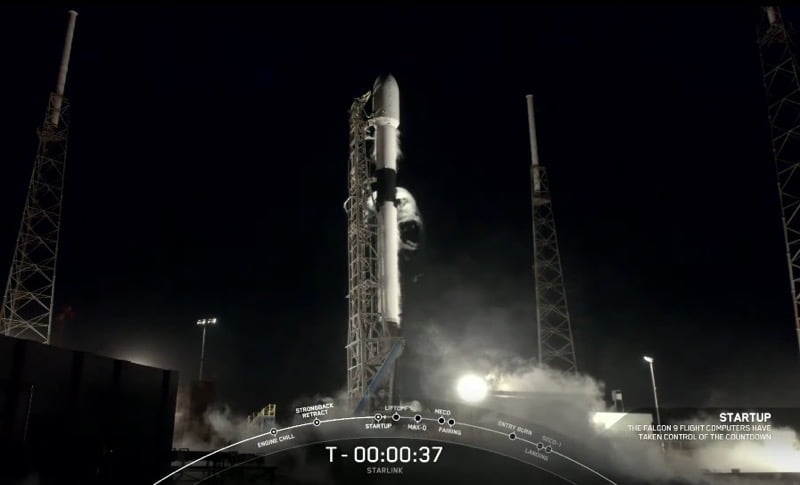 SpaceX is again making this look easy, with its latest Falcon 9 launch of 60 more Starlink satellites into orbit on Wednesday evening at 8:45pm PDT/11:45pm EDT.

SpaceX said this was the 81st successfully recovery of an orbital class rocket and was the seventh flight and landing for this particular Falcon 9 booster.

The Starlink satellites deployed at their drop off orbit revealed some were painted white “for thermal reasons”. SpaceX clarified this would not impact brightness as the painted face would face away from earth. These satellites will soon over the next few days and weeks use their onboard ion thrusters to make their way to intended operational orbits.