Tesla looks to be increasing the price of its Solar Roof for customers that have had reservations since last year.

According to various posts on the TMC forums (via Electrek), customers that made Tesla Solar Roof reservations are noting huge price increases above their original quotes, even for those without design changes.

“I’ve had a solar roof reservation since March 2020 (in MN). My purchase agreement was signed in April 2020. Today I got the note below which shows a new agreement which is just about $20k more than the original. No change in the proposed design,” said TMC forum user ‘nicolb’, who shared the following email from Tesla:

We have increased the price of Solar Roof and have added adjustments for individual roof complexity.

You will receive an email in the next 1-2 days when your new agreement is ready for your review and acceptance before moving forward. If you are no longer interested in moving forward with Solar Roof, you can cancel your order by logging into your Tesla Account and your deposit will automatically be refunded.

We will be prioritizing customers based on the order in which they accept their updated agreements.

Other users chimed in to say they they also received the same email from Tesla.

“I just got the same email too with them wanting me accept the new additional 30k cost. My original cost was at 55k before the tax credit,” added user ‘Shinta’.

Here’s one quote from before: 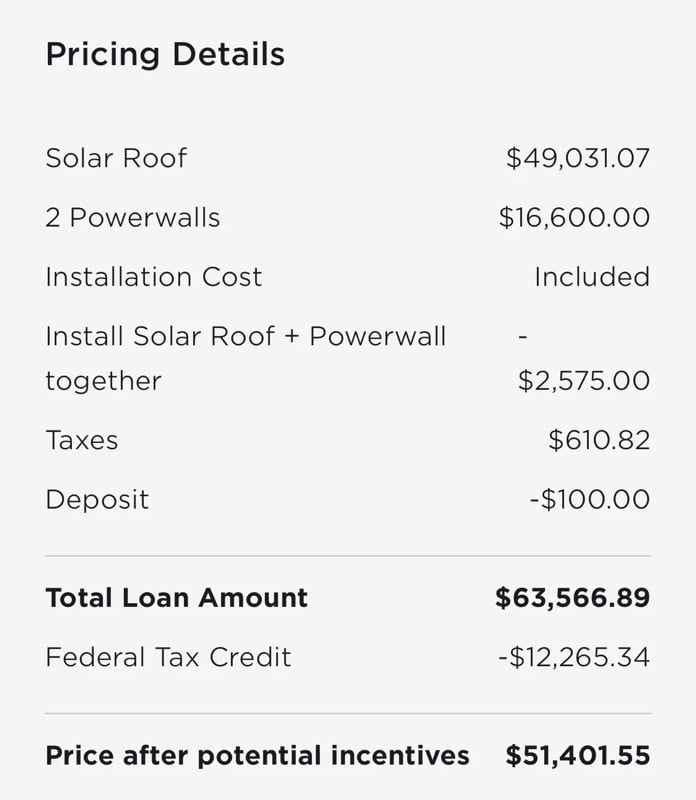 …and the same quote after Tesla’s price increase: 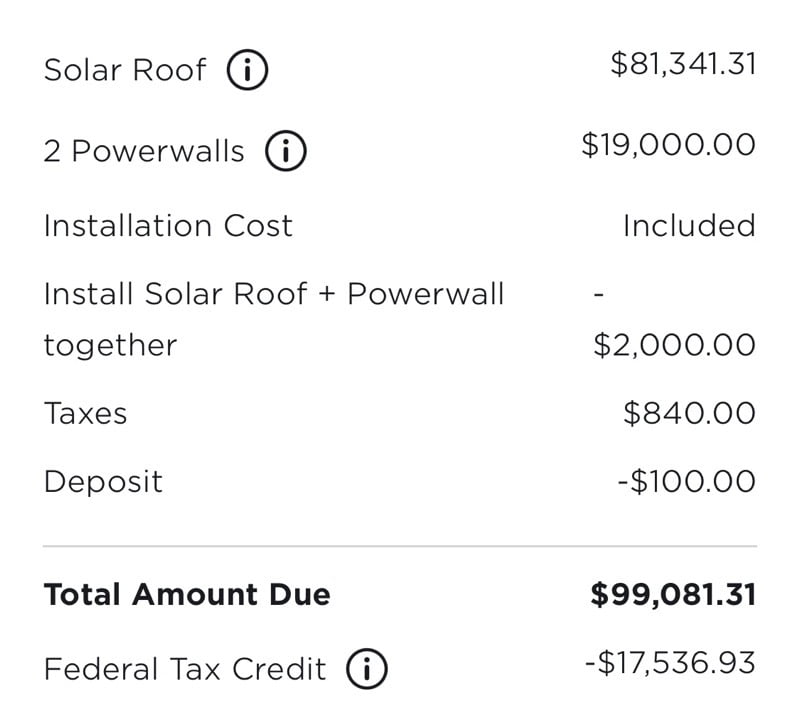 “Yesterday, I finally got my roof design and I signed my roof contact within minutes of getting their quote,” said ‘bavenda’.

“Today, 24 hours later, I was told the price was going up by $32,000 or 35%. That’s what I call inflation! It’s so disappointing after I’ve been waiting 7 months to get this far. I’m glad I’m not the only one who has received the same email as others. It’s still so disappointing!” said the shocked user.

“We will be prioritizing customers based on the order in which they accept their updated agreements,” writes the Tesla email, adding pressure for customers to accept the new price increases if they wish to stay in the queue.

It’s unclear why Tesla has increased the price of its Solar Roof significantly for existing customer quotes. The company should be honouring the prices of original quotes—otherwise, what’s the point of sending them out and issuing expectations? Hopefully, Tesla will make it right for these customers, but for now, it appears only those with deep pockets will be able to afford a Tesla Solar Roof, even after tax credits.