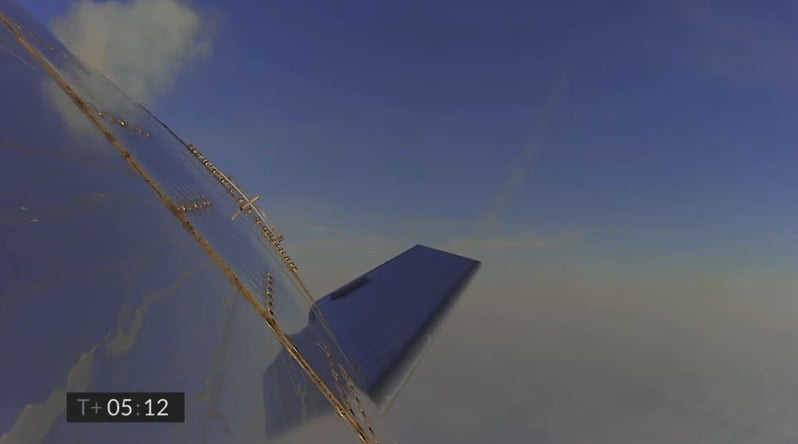 The launch was amidst heavy fog, and also saw the test flight’s cameras cut out at 11 and a half minutes into the live webcast below. SN11 was eventually lost. Check out the official video below:

Third-party video confirmed Starship SN11 had exploded, as you can also see falling debris on the pad later:

At least the crater is in the right place!

“Looks like engine 2 had issues on ascent & didn’t reach operating chamber pressure during landing burn, but, in theory, it wasn’t needed,” said Elon Musk. “Something significant happened shortly after landing burn start. Should know what it was once we can examine the bits later today,” he added.

Following up, Musk further added, “SN15 rolls to launch pad in a few days. It has hundreds of design improvements across structures, avionics/software & engine.”

“Hopefully, one of those improvements covers this problem. If not, then retrofit will add a few more days,” said the SpaceX CEO.

Next major technology rev is at SN20. Those ships will be orbit-capable with heat shield & stage separation system. Ascent success probability is high.

These are early versions of Starship prototypes and SpaceX will continue its test flights in its ultimate bid to reach Mars.