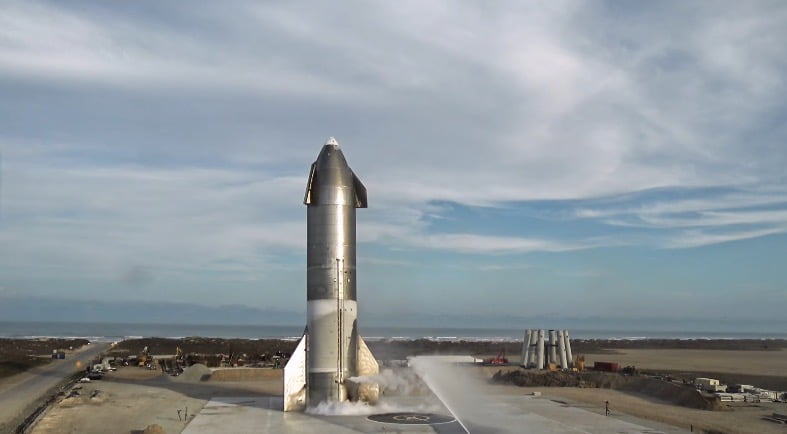 On Tuesday, SpaceX shared its flight recap of its Starship SN10 from earlier this month:

On March 3, Starship serial number 10 (SN10) completed SpaceX’s third high-altitude flight test of a Starship prototype as it successfully ascended, transitioned propellant, and reoriented itself for reentry and an active aerodynamic controlled descent. SN10’s Raptor engines reignited to perform the vehicle’s landing flip maneuver immediately before successfully touching down on the landing pad.

Test flights such as SN10’s are about improving our understanding and development of a fully reusable transportation system designed to carry both crew and cargo on long-duration interplanetary flights, and help humanity return to the Moon, and travel to Mars and beyond.

The camera angles of SN10 were truly magnificent. Check out the video below:

According to the FAA on SN10 exploding after its landing, as per reporter Christian Davenport from the Washing Post, “The FAA found “no public safety concerns in the preliminary SN10 mishap report that would preclude further launches.” As a result, the FAA “approved the license modifications for SN11 and authorized its flight.” Now just awaiting static fire.”

NOTICE: A new TFR (Temporary Flight Restriction) for the @SpaceX facility in Starbase, TX has posted for high-altitude test FLIGHT of #Starship SN11 on:

A new Temporary Flight Restriction was posted for Starbase, Texas, for SN11, earlier on Tuesday. SpaceX is targeting a flight test for Friday, March 19 from 6am-7:30pm CT. The company will need a static fire prior, so we may be seeing SN11 fly by the end of this week, just over 14 days since SN10 gave the world quite a show.