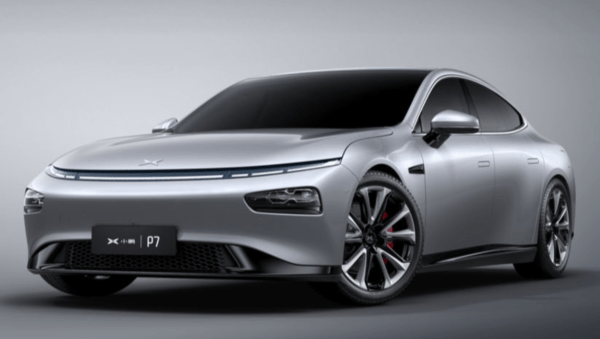 Xpeng Motors, an electric vehicle (EV) company considered one of Tesla’s top Chinese competitors, now plans to offer a fast-charging lithium iron phosphate (LFP) in its P7 sedan as soon as May, according to reports from the South China Morning Post.

The option will be featured as an alternative to the company’s normal use of Lithium Nickel Manganese Cobalt Oxide (NMC), amongst a backdrop of growing concerns over the use of cobalt in battery cell production.

The new LFP batteries are expected to go up to 298 miles (480 km) per charge, which is about a third less than the NMC pack. The LFP battery EVs will also be about 20,000 yuan ($3,000 USD) less than that NMC, though the specific total sale price has not yet been released.

Xpeng is the first Chinese EV to ship to Norway! Selling out of their first fleet they have now sent a second fleet of 100 G3’s to the winter wonderland. #xpev #xpeng #ev pic.twitter.com/MsA6UtG7XZ

Gao Shen, an independent analyst on Shanghai’s manufacturing industry, said, “Xpeng is preparing to expand its customer base as competition heats up this year in the premium segment” for electric vehicles.” Shen continued, “It remains to be seen whether the new version could be sold at a price below 200,000 yuan.”

In any case, the lidar-backing EV company operates in the world’s largest auto market of China, and offerings from companies like Tesla and fellow Chinese electric automakers NIO are constantly threatening Xpeng’s performance. Still, the EV boom is just beginning, and Xpeng is certainly poised well to stand the test of other competitors in the years to come – especially with a move away from cobalt to its new LFP battery cells.

Update March 2, 2021: Looks like it’s now official–Xpeng has announced an LFP battery pack for the P7, available in May:

Tesla’s Chinese rival #Xpeng has just announced that lithium iron phosphate battery pack is now available as an option on the #P7 model. The delivery is expected in May this year. $XPEV pic.twitter.com/IsiTm9X1iD