Mercedes-Benz EQC Electric SUV No Longer Coming to the US 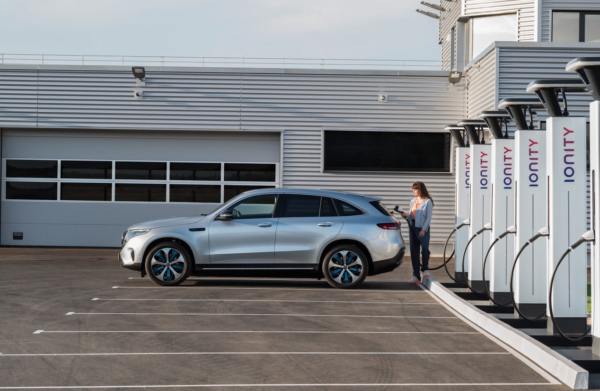 It was only recently that Mercedes-Benz released its new lineup of electric vehicles (EVs), set for launch in 2022.

But after major delays to the vehicle’s launch in the US, the company has now said it will not be bringing the Mercedes-Benz EQC electric SUV to the US at all, confirming the news to Green Car Reports.

In a statement to the publication, a Mercedes-Benz spokesperson said, “Following a comprehensive review of market developments, the EQC will not be offered in the United States for now.”

“Had [Mercedes-Benz EQC] gone on sale, its rivals would have included Audi E-Tron, Jaguar I-Pace, & Tesla Model X. Tellingly, arch rival BMW also chose not to sell its entry into the segment, the iX3, in America.” $TSLA

Similarly, automaker BMW also elected not to sell its iX3 EV in the US market, perhaps due to demand and competition within the country.

While the range of the Mercedes-Benz’ EQC SUV was predicted to be about 200 miles, this is still dwarfed by Tesla’s rivalling Model Y, which offers up to 326 miles of range with its top model. In 2019, Mercedes also claimed that its US EQC would start at $68,895 USD – below the prices of its rivals, the Audi E-Tron and the Jaguar I-Pace.

Despite the change in plans, Mercedes-Benz has not yet announced if its other EV models will still come to the US or not. In any case, it seems clear that Tesla is giving the company a run for its money – and they aren’t the only ones they’re doing it to, either.