When it comes to vehicles, governments around the world seem to be going green, or at least trying to figure out how to make it easy for constituents to do so.

According to an internal poll from Canadian government, as commissioned by the Privy Council Office (PCO), continued subsidies for plug-in electric vehicles (EVs) receive strong support across the election battleground provinces of Quebec, Ontario, and British Columbia, according to Global News.

In addition, the poll received over 50% of support from those polled in Alberta and Manitoba/Saskatchewan, indicating a serious potential for the subsidy to win votes.

Far better for Canada to take back from the provinces unspent Covid funds and provide a subsidy for EV’s and or projects like the Green Line.

The PCO’s data was gathered just as the Prime Minister’s Office (PMO) began evaluation and deliberation on the country’s 2021 federal budget, which will be tabled later this year by Deputy Prime Minister and Finance Minister Chrystia Freeland.

Support was strongest for the federal rebate program in Quebec, B.C., Atlantic Canada and Ontario, the four areas that have high numbers of EV buyers. Quebec and B.C. currently have a provincial EV rebate as well, adding further incentive for buyers. 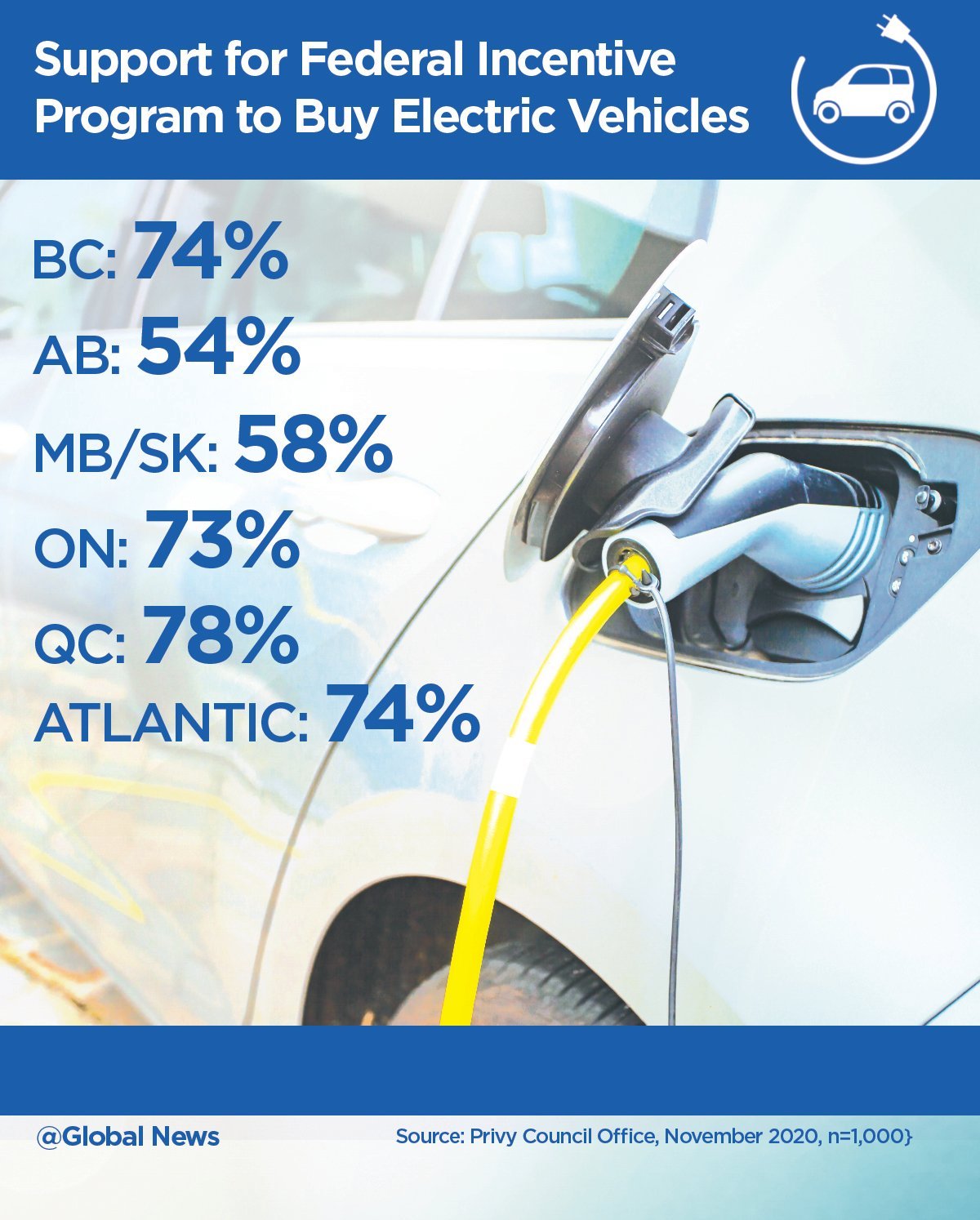 The polling for the current data took place in November and December of 2020, and represents a large majority of the Canadian government’s officials. Some Liberal insiders have also indicated that the budget will likely be campaign-worthy for Trudeau Liberals in the spring, even if the budget doesn’t pass with a majority of MPs.

Even as the subsidy is likely to be added to the 2021 budget, governments around the world are looking towards the best ways to incentivize EV buyers. If they succeed, we just might see a greener world revealed in the next few decades.