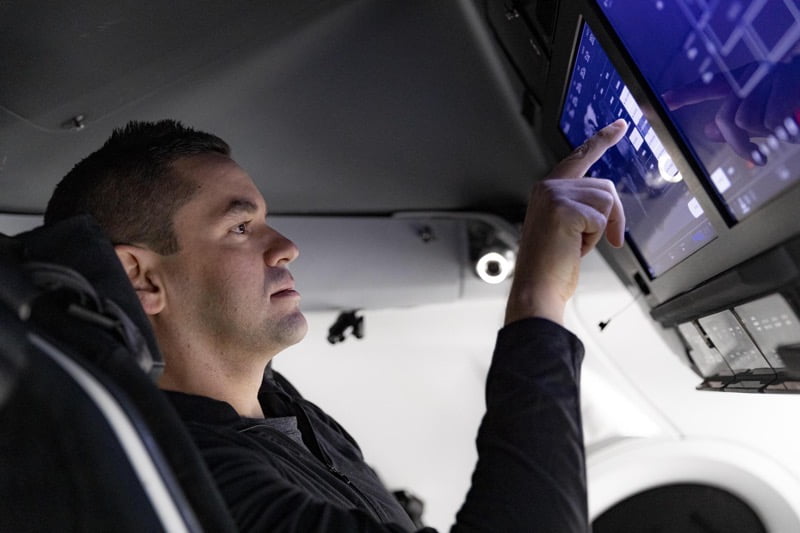 SpaceX has announced it will be sending civilian astronauts into space this year, as part of the Inspiration4 mission.

The company says the Inspiration4 launch by Falcon 9 is targeting “no earlier than the fourth quarter” of 2021, set to lift off from Launch Complex 39A at NASA’s Kennedy Space Center in Florida.

The mission will see Jared Isaacman, founder and CEO of Shift4 Payments, along with three others (seats donated by Isaacman) for the general public to board Dragon and head into space.

Isaacman has committed to donating $100 million to St. Jude and wants everyone to help raise upwards of $200 million or more. The money will support the multi-billion dollar expansion at St. Jude to “accelerate research advancements and save more children worldwide.”

SpaceX says the Inspiration4 crew will get full astronaut training to prepare for a Falcon 9 launch aboard Dragon, which was also designed for commercial spaceflight.

Those looking to head to space (U.S. residents only) can head to Inspiration4.com and “secure your seat”, with sections to be made public in just under 27 days. One can join by “securing either the Generosity or Prosperity seat,” by donating to St. Jude, or “Start a Shift4Shop and post your inspirational business story on Twitter.”

“Inspiration4 is the realization of a lifelong dream and a step towards a future in which anyone can venture out and explore the stars. I appreciate the tremendous responsibility that comes with commanding this mission and I want to use this historic moment to inspire humanity while helping to tackle childhood cancer here on Earth,” said Isaacman, an accomplished pilot rated to fly commercial and military aircraft.

Once in space, Inspiration4 will begin a multi-day journey, circling Earth every 90 minutes on a customized flight path, says SpaceX, monitored “at every step” by the company’s mission control. At the end of the mission, Dragon will see a soft water landing off the coast of Florida.

“Today’s announcement is the first step of a very exciting journey. In the lead-up to launch, we’ll share new ways to support and follow our mission preparation and execution with a focus on inspiring and helping others,” concluded Isaacman.

After SpaceX unveiled its Starlink RV mobile internet service earlier this year, one customer of the company is showing off the contents of the order. SpaceX’s Starlink RV internet kit was spotted being unboxed on Monday, showing the next-generation terminal as it comes from the company (via Reddit). The photo shows the RV kit sitting […]
Peter McGuthrie
6 hours ago