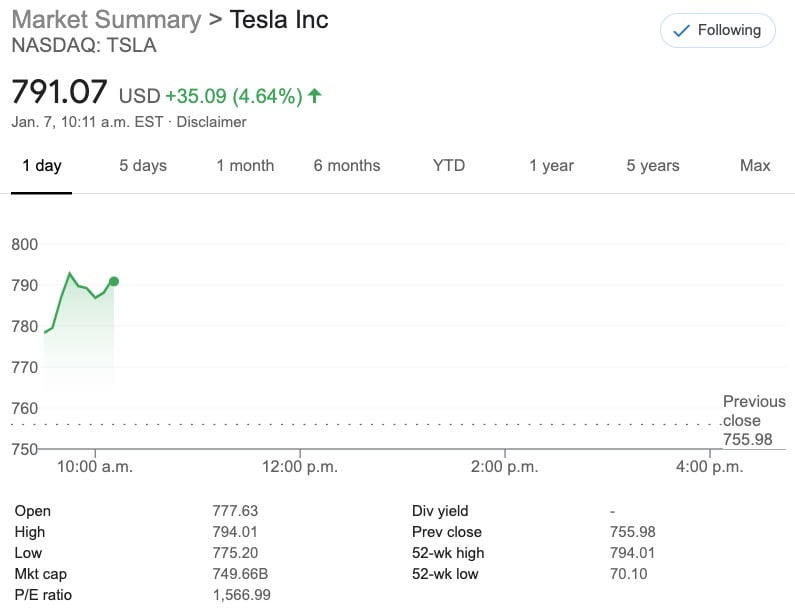 BREAKING: Elon Musk has surpassed Jeff Bezos ($184B) and has now become the richest person on Earth with a net worth of $185.4B.

On Wednesday, Musk’s net worth of $181 billion was only three billion behind Bezos. But on Thursday morning, Musk officially surpassed the Amazon CEO, as Tesla is up 4.7% for the day, as of writing. The company’s stock hit an all-time high of $794.01 to start Thursday’s trading. 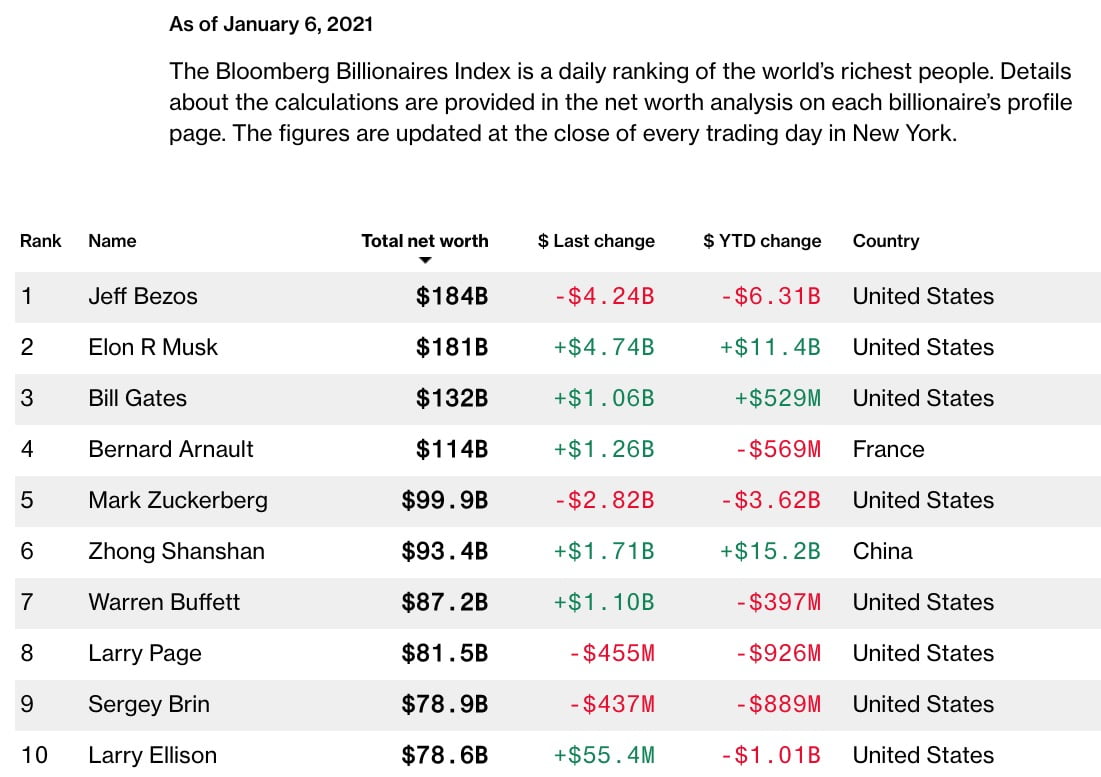 The Bloomberg Billionaires Index will be updated at the end of today to indicate Musk as the richest person on Earth, should Tesla maintain its current rally.

Musk owns 20 per cent of Tesla, while he also has nearly $40 billion USD in vested stock options still to claim, which were received in 2012 and 2018.

The Tesla and SpaceX CEO just reacted to the news, to say “how strange”.

In 2020, Musk started the year with $27 billion or so in net worth, but Tesla’s meteoric rise has vaulted him atop the list of becoming the world’s richest person.