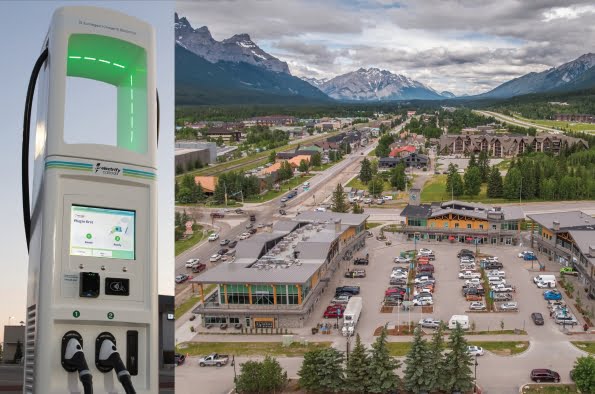 One of the major problems faced by the electric vehicle (EV) industry today is the lack of charging infrastructure to support a major switch from internal combustion engine (ICE) vehicles. In spite of this, a number of companies are working to improve this charging network, and one company in particular is making leaps and bounds in Alberta, Canada.

Electrify Canada has announced that it has expanded its charging network into Alberta with the establishment of a new fast-charging station in Canmore. The company also announced plans to soon build another station in Calgary.

Robert Barrosa, chief operating officer at Electrify Canada said in a statement to Tesla North, “Our expansion into Alberta is a great milestone in our work to build a nationwide network of high quality, reliable charging stations for drivers across the country.”

Barrosa continued, “The new station in Canmore, in particular, is a great example of what the network has to offer. With the scenic background of the Canadian Rockies, this location right off the Trans-Canada Highway provides drivers with convenient access to charging – whether they are gearing up for a nearby hike, planning to spend an afternoon at The Shops, or simply passing through town on a long distance trip.”

Charging is offered at speeds of up to 150kW and 350kW for capable vehicles.

Electrify Canada’s is currently operating 12 separate charging stations across Ontario, British Columbia, and Alberta, and has plans to soon open its first station in Quebec.

As the world continues to see the transition from ICE vehicles to EVs become a reality, we’ll likely see Electrify Canada and other companies expand the charging network substantially over the next several years.

NIO founder, chairman, and CEO William Li said on Saturday that the electric vehicle (EV) maker is making good progress on its smartphone project and teased that the first model could launch within a year (via CnEVPost). Li said back in March that the company started looking into phone manufacturing after customers expressed interest in […]
Nehal Malik
16 hours ago