SpaceX Starlink internet beta invites have started to roll out in Canada, confirming a previous report they would be arriving this week.

You can check the chart below showing provinces and latitudes where Starlink beta invites were received. 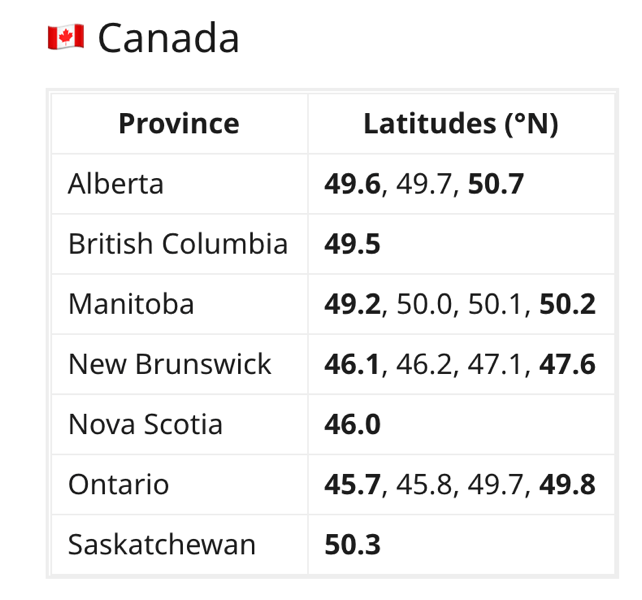 Many noted they have already ordered the Starlink antenna for $499 USD and orders have already shipped, set to arrive by next week. Many received Starlink internet beta invites on Friday, November 13, then received shipped notifications on Saturday.

“I received an invite at latitude 49.5 in Cranbrook, British Columbia, Canada. I’m going to pass on it for now though. The initial cost would come in at $799.68,” said user ‘AMikeInCanada’.

For Canadians living in rural areas with expensive and slow internet, Starlink is seen as the ultimate gift for getting connected. With the Starlink constellation numbering at over 800 satellites so far, download speeds have been impressive for beta testers with download speeds over 100 Mbps and low latency.

SpaceX CEO Elon Musk said this morning there will be a “big expansion of beta program in 6 to 8 weeks.”

Big expansion of beta program in 6 to 8 weeks!

Let us know if you received a Starlink beta internet invite if you’re in Canada–and share with us what the speeds are when you get the dish.

SpaceX has launched Starshield, a new, secured satellite service geared toward government entities and national security applications. It sounds kind of like Starlink, but for the government instead of regular consumers and capable of more than just providing an internet connection. “Starshield leverages SpaceX’s Starlink technology and launch capability to support national security efforts. While Starlink […]
Nehal Malik
3 hours ago