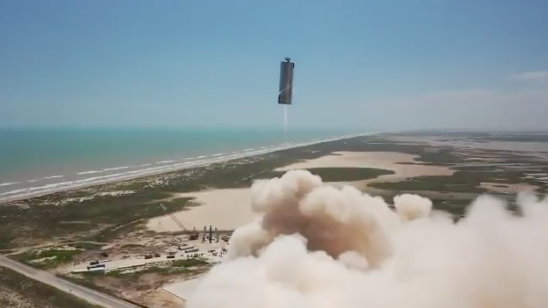 SpaceX tonight shared a video of its Starship prototype taking off in its second test flight, a 150m (492 feet) ‘hop’ into the sky, then proceeding to land itself again.

Tesla and SpaceX CEO Elon Musk reacted to the video by saying, “Turns out you can make anything fly haha.”

Turns out you can make anything fly haha https://t.co/FJdHqRdVDb

The Starship SN6 prototype saw its first maiden flight ‘hop’, joining the same flight test of the SN5 from last month. It’s pretty incredible seeing a grain silo essentially launch itself up into the air and land itself.

SpaceX completed the successful test at its Boca Chica test site in Texas, on the U.S. Gulf Coast.

You can watch a reply of the event as seen from the ground via the video above from NASASpaceflight on YouTube.