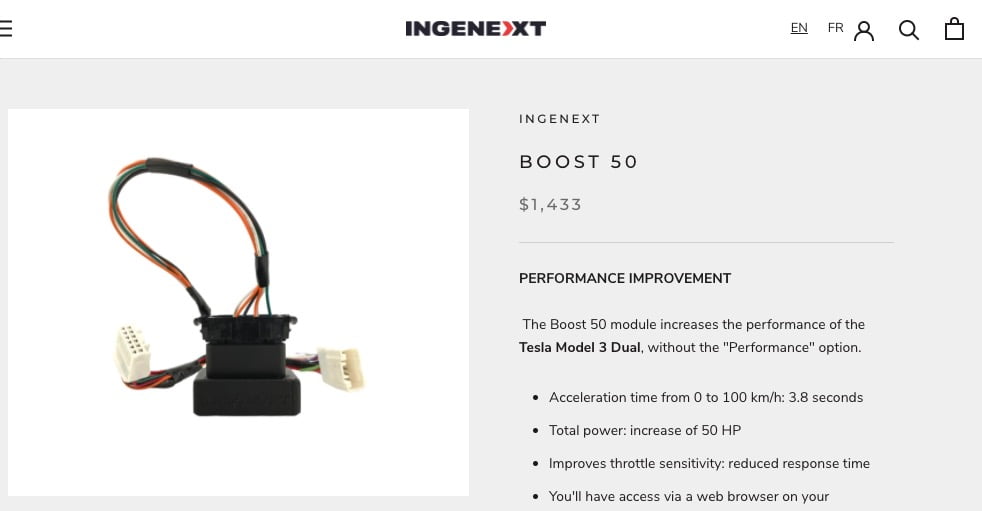 Back in June, a team of hackers from Quebec, Canada, started selling an add-on to the Tesla Model 3 Dual Motor which added more horsepower.

The Boost 50 was being sold by Ingenext for $1,100, an unofficial 50 horsepower boost which was nearly half the cost of a software Acceleration Boost package from Tesla. The third party mod allowed for a 0-60 mph time of 3.8 seconds, down from 4.4 seconds, by unlocking a power limit on the motors within the Model 3.

Many at the time pondered whether Tesla could remove compatibility with this add-on and now it appears it’s happening in the latest 2020.32.2 software update.

Despite the hackers selling the add-on saying it would be “undetectable remotely” as advertised on its website, that turns out to be wrong, according to the latest post shared on Reddit by user ‘Potato3838’, who received the following message on their Model 3: 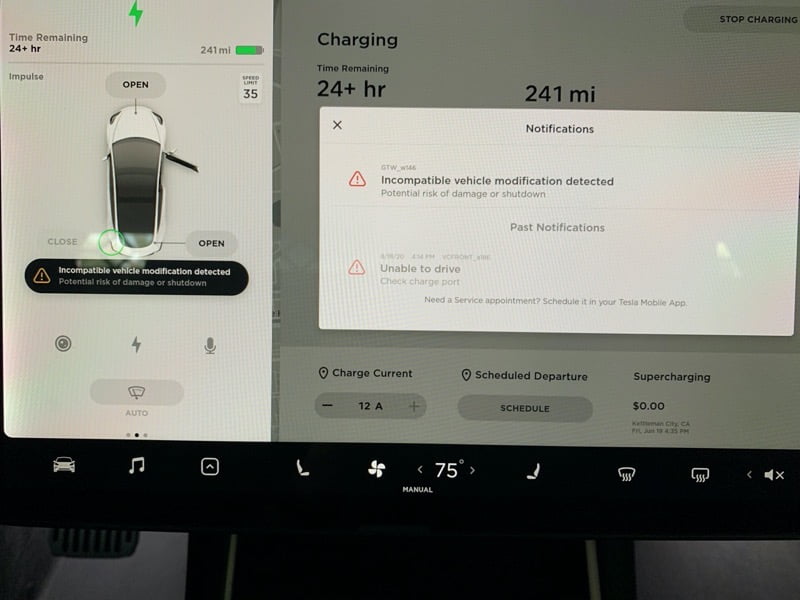 The Ingenext website says, “Any purchaser or user of the Boost 50 module releases Technologies Ingenext and all its related companies from any responsibility regarding the full or partial validity of the manufacturer’s warranty following the use of this equipment. We are not responsible for any modifications the manufacturer could do to your car (ex: turning off some features etc.).”

“Any Boost50 buyers here? Just updated to 2020.32.2 and saw this message after the update. Other than the alert that hasn’t gone away I haven’t had any problems with driving – still am yet to visit a Supercharger though,” said ‘Potato3838’

The user added, “Not surprised – expected this to happen. Just wanted to alert potential Boost50 buyers and current owners about the latest update.”

Anyone who thought of modifying their Tesla with a third party add-on, and not having the company detect it, was fooling themselves. It’s definitely a risk owners take when they try to modify their Teslas which could also impact long-term warranty as well.

As China celebrates its legal holiday of National Day this week, Tesla’s Gigafactory Shanghai will stay open with some added benefits for employees who work for the holiday. Tesla’s Giga Shanghai is remaining operational during China’s National Day holiday running from October 1 to 7, as reported by a source familiar with the matter reporting […]
Peter McGuthrie
20 hours ago

Tesla is looking to expand Gigafactory Nevada after years of announcing plans to do so, according to sources familiar with the matter reporting to electrek. Past statements by Tesla held that the Giga Nevada location would be able to produce around 105 GWh of battery cells per year and 150 GWh of battery packs per […]
Peter McGuthrie
21 hours ago