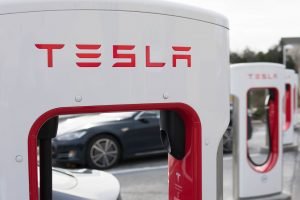 Supercharge recently announced that Tesla opened new superchargers in Texas and California. Even during the pandemic, Tesla has continued installing charging stations worldwide due to the growing public demand.

Sixteen V3 superchargers have now been opened at a Walmart parking lot in Elk Grove, CA. This should prove to be a popular location for charging since it’s near the Elk Grove Auto Mall. Tesla Motor Club user ‘Wnix05’ reported that these started construction in January. Other forum users mentioned it was a “busy parking lot”.

The HEB parking lot in Katy now has twelve new Tesla superchargers installed. On the Tesla Motor Club forums, ‘mociaf9’ revealed that Tesla proposed to build these charging stations in August 2019. Just outside the Grand Parkway, we can expect this to be a successful location for Tesla as well.

Tesla has already started construction and acquired permit applications for other locations. Public charging seems to be becoming more convenient with every passing day.