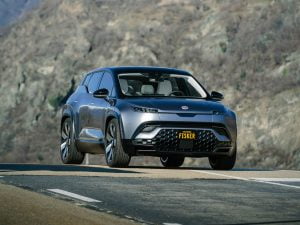 According to The Verge Fisker Inc, received $50 million from investor Louis Bacon. Karma Automotive received $100 million from unknown outside investors. The investment has come at a time where interest for start-up electric vehicle companies has risen.

This is mainly due to Tesla’s stock-price surge and success of fuel-cell powered truck company, Nikola–who recently went public and has experienced a similar stock surge, despite not producing any vehicles yet.

Reuters reports Fisker wants to follow Nikola and go public. They plan to do it via a sale through a licensed acquisition company. Fisker is creating a new luxury electric SUV called the Ocean, set to go on sale in 2022 starting at $37,500. The Ocean will be American built, and will feature sustainable materials such as vegan leather and recycled interior components.

Karma Automotive is another American electric vehicle start-up. Karma is the product of defunct Fisker Automotive (the current Fisker is Fisker Inc), which filed bankruptcy in 2013 and was later purchased by a Chinese brand to form Karma automotive.

Currently, Karma makes one car called the Revero which is based on the 2012 Fisker Automotive Karma. Karma plans to design and make their own SUV and Pickup truck, in the next few years, which will rival both Tesla and Fisker Inc.

Canada Infrastructrure Bank (CIB) has launched an investment of $500 million into EV charging and hydrogen refueling in a new initiative focused on infrastructure, as detailed in a press release on Thursday. The Charging and Hydrogen Refuelling Infrastructure Initiative (CHRI) is aiming to decrease greenhouse gases in the transportation sector by increasing the availability of […]
Peter McGuthrie
2 hours ago