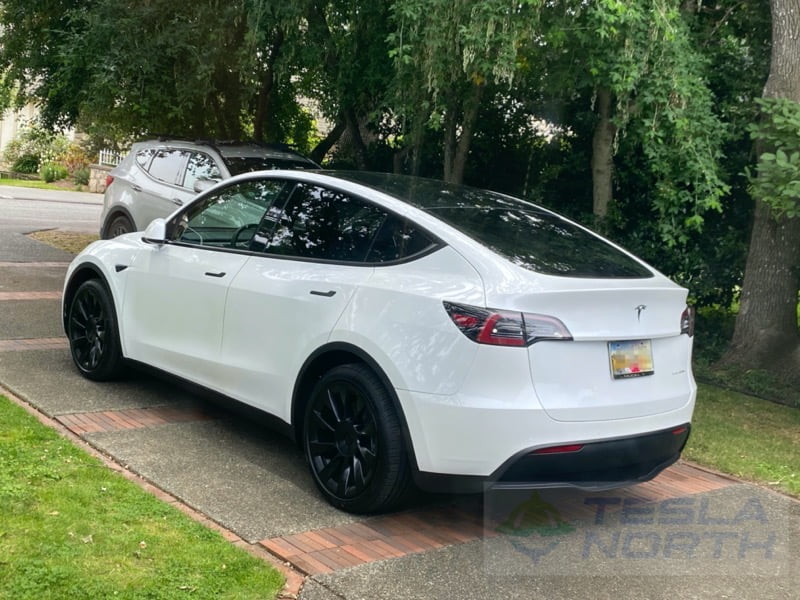 We’ve already seen the first Tesla Model Y delivered in Canada earlier this month and now more and more are making their away to owners across British Columbia, including those in the province’s capital of Victoria.

One of the first Model Y deliveries for a resident in Victoria took place on June 22, 2020.

According to new owner Michael, he told Tesla North in an interview their September 2019 reservation was expected to arrive in the fall of 2020, but of course, Tesla surprised everybody by delivering the Model Y ahead of schedule.

“We ordered September 21, 2019 and figured it would be here in fall 2020. Then it all started moving fast,” Michael explained, noting on June 14, 2020, he received a text his Model Y would be built in the next seven days. Five days later, he was notified his Model Y was on the way to Vancouver, B.C. and for him to book an appointment for pick up, which happened on June 22.

“The pick up process was a bit rushed as they were delivering a lot of cars. They said they delivered 150 cars on Sunday. They were all friendly and professional just looking to deliver as many cars as possible which is fair,” explained Michael.

While he says the Model Y is “amazing”, he did note “there are a few quality issues.” He says Tesla was most likely rushing these cars off assembly lines and “a final quality assurance sweep would be a good step.”

During the pick up process and examining the car for issues, Michael said he saw a panel loose in the front passenger seat foot well (pictured below), which he says Tesla employees in Vancouver fixed it on the spot. 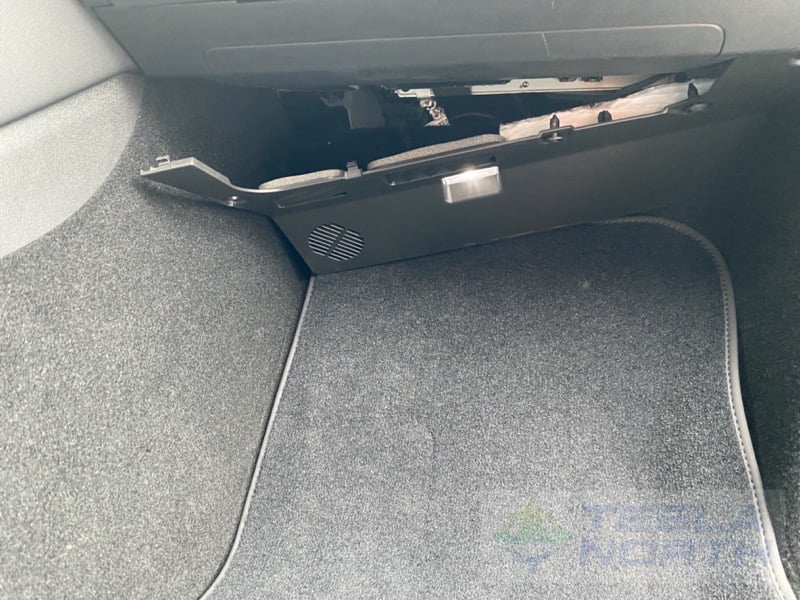 Other problems? The door chime would not stop and a reboot was needed to fix it, while he also said other “fit and finish” issues were noted that he will report to Tesla to have it on record.

He also noticed his Quad Lock case for his iPhone is too thick for the Model Y’s built-in wireless charger to charge his smartphone, but he’s sticking with his case because he loves it.

As for other Model Y deliveries in Victoria, one member from the Tesla Owners Club Vancouver Island shared a picture of their Midnight Silver Metallic on June 24, at an impromptu meet up at Tulista Park in Sidney.