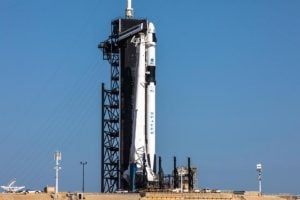 SpaceX met a truly historic pursuit when they announced a launch alongside NASA. The launch, originally scheduled for 4:33 PM on May 27th, 2020, has been rescheduled due to weather patterns. Sources over at CNN report that the new launch date has been moved to Saturday, May 30th, 2020 at 3:00 PM.

The two NASA astronauts intended to participate in the launch, Bob Behnken and Doug Hurley, have prepared for the new launch date by going back into quarantine until Saturday. The launch was set to be one of the most significant in the trajectory of SpaceX company history. With both a significant technical achievement at the company’s fingertips, and the added media attention from the NASA collaboration, the launch looks to define an era for all parties involved.

Sources at CBS News highlight some of the specific reasons The International Space Station scrapped the launch. “We basically scrubbed due to three rules that we were violating,” a SpaceX controller told the astronauts a few minutes later. “All three would have been expected to clear 10 minutes after our (launch) time. And those three were natural lightning, field mills and the attached anvil.”

President Donald J. Trump even supports the new launch date. He tweeted yesterday, “Thank you to  @NASA and @SpaceX for their hard work and leadership. Look forward to being back with you on Saturday!”