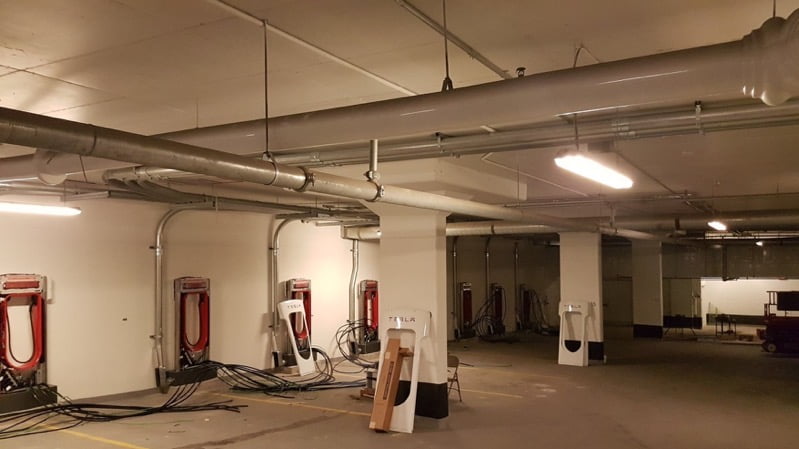 Toronto’s first Tesla V3 Supercharger installation has finally gone live, according to user CanadaGoose on the TMC Forums. The facility features 12 Superchargers capable of a peak power output of 250 kW per car, and is located at the Hotel X, 111 Princes’ Boulevard, Toronto, ON.  Plans for the site were uncovered back in January, with construction […]
Nehal Malik
1 year ago

Toronto’s pilot project for 17 on-street parking spots reserved for electric vehicle (EV) owners who want to get a charge in with their car parked has been in action for six months — its halfway point, and evaluating the project revealed that the spots are usually empty — reports The Star. Toronto Hydro, which powers […]
Nehal Malik
2 years ago

On its website Friday, Tesla announced it would be looking for business owners in Vancouver and Toronto to apply to host Superchargers on-site, with applications open until December 15. Eligible businesses should have room for at least eight Tesla Supercharger stations, and is based on a set of merit criteria scoring up to 80 points, […]
Peter McGuthrie
2 years ago