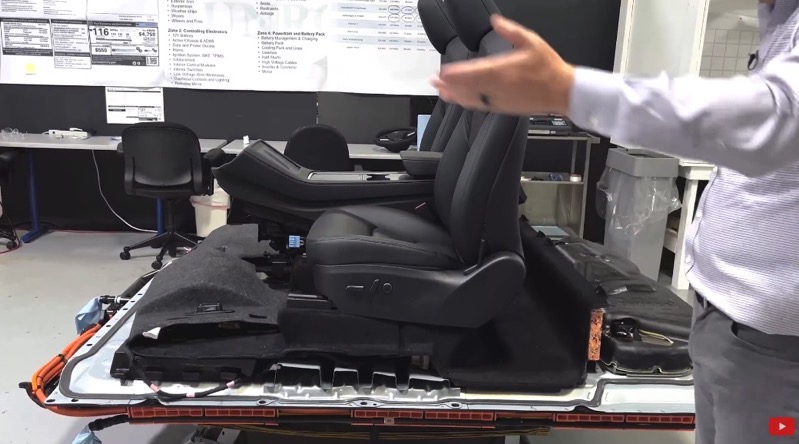 Munro & Associates have released their video detailing the company’s hands-on with Tesla’s 4680 structural pack from its Model Y made at Gigafactory Texas.

The 17-minute video details the 4680 structural battery pack on its own, which has the Model Y’s seats bolted right onto the pack itself, as part of Tesla’s vehicle design. The Munro team was able to just lift the entire Model Y body and have the battery pack and seats remain on the ground.

“The level of refinement and integration is incredible,” says the Munro team, pointing out the advantages of Tesla’s castings in the car’s body. The team details how Tesla integrates its 4680 battery pack with its castings in the Model Y. They also pointed out the car was easy to take apart.

The Model Y 4680 battery pack, along with seats, carpet and center console weighed in at 1,198 pounds. Munro’s team says some other electric vehicles and their batteries alone, weigh more.

Next up the Munro team will be taking the 4680 battery pack over off, likely destroying the cover. As for the rest of the Model Y from Giga Texas, picked up locally in Florida, after being tipped from a reader and taking delivery of a reader’s order.

Soon, a video will show the micro-level improvements between a 2022 Tesla Model Y from Texas compares to a Fremont build.

The team is also selling individual 4680 battery cells that are “selling like crazy”, noting they have pre-orders for about 25% of the batteries. With an estimated 800 or so batteries in the 4680 pack, at the price of $800 USD each, 25% or so in sales equates to at least $160,000 USD in revenue just from these batteries alone.

Sandy Munro wasn’t in the video, as he’s currently in Italy visiting IDRA, the maker of Tesla’s Gigapress machines, with a video likely to follow.