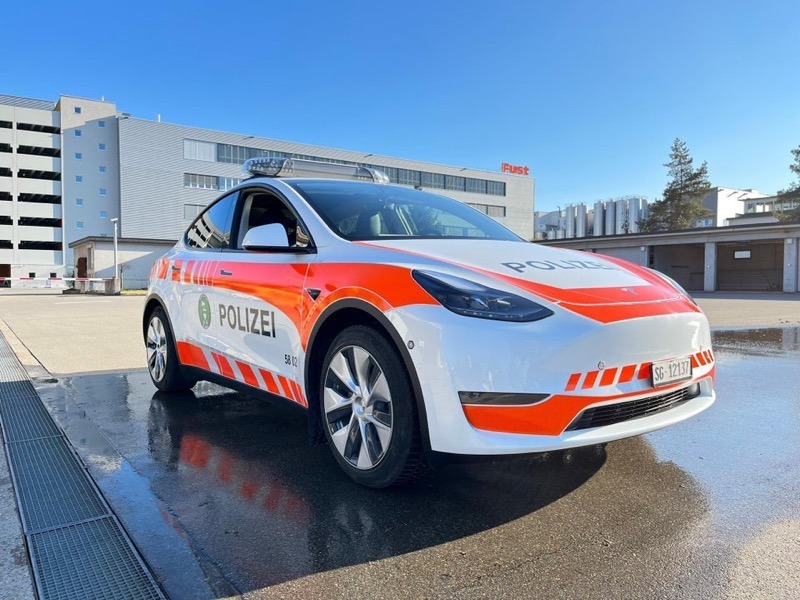 The St. Gallen police department in Switzerland has debuted what appears to be the nation’s first Tesla Model Y police car, a Long Range version of the compact crossover SUV.

St. Gallen is located about an hour’s drive east of Zurich, the largest city in Switzerland, in the northeast, near the Austria border.

An image of the Model Y outfitted in police hardware and graphics was shared yesterday on Reddit. This Model Y joins the ongoing electrification of the St. Gallen police fleet, which also has Hyundai Kona EVs as well.

It’s not uncommon to see a Tesla police car in Switzerland, as the city of Basel has a large fleet of Model X patrol cars.

Numerous police departments around the world are electrifying their fleets, as part of efforts to save taxpayer dollars on fuel, maintenance and the environment.

There’s a large contingent of Tesla owners in Switzerland, as we saw back in January of this year, when 37 owners came together for a simultaneous “Light Show” performance, as part of the automaker’s recent holiday software update.

The Tesla Model 3 was Switzerland’s top-selling car in 2021, an achievement that was applauded by CEO Elon Musk.

Update March 7, 2022: According to Kanton St. Gallen, the city shared more details about their Model Y police vehicles, in an email to Tesla North.

There are currently four Tesla Model Y police cars in operation, with two of these located at police stations to replace older vehicles, part of their regular replacement cycle, explained spokesperson Florian Schneider to Tesla North.

The Tesla Model Y vehicles were purchased by the St.Gallen Cantonal Police at list price, at 65,000 francs before police equipment. Roughly an extra 15,000 francs was added on top for outfitting the police cars.

Below is another image of the Tesla Model Y shared with Tesla North by Kanton St. Gallen: 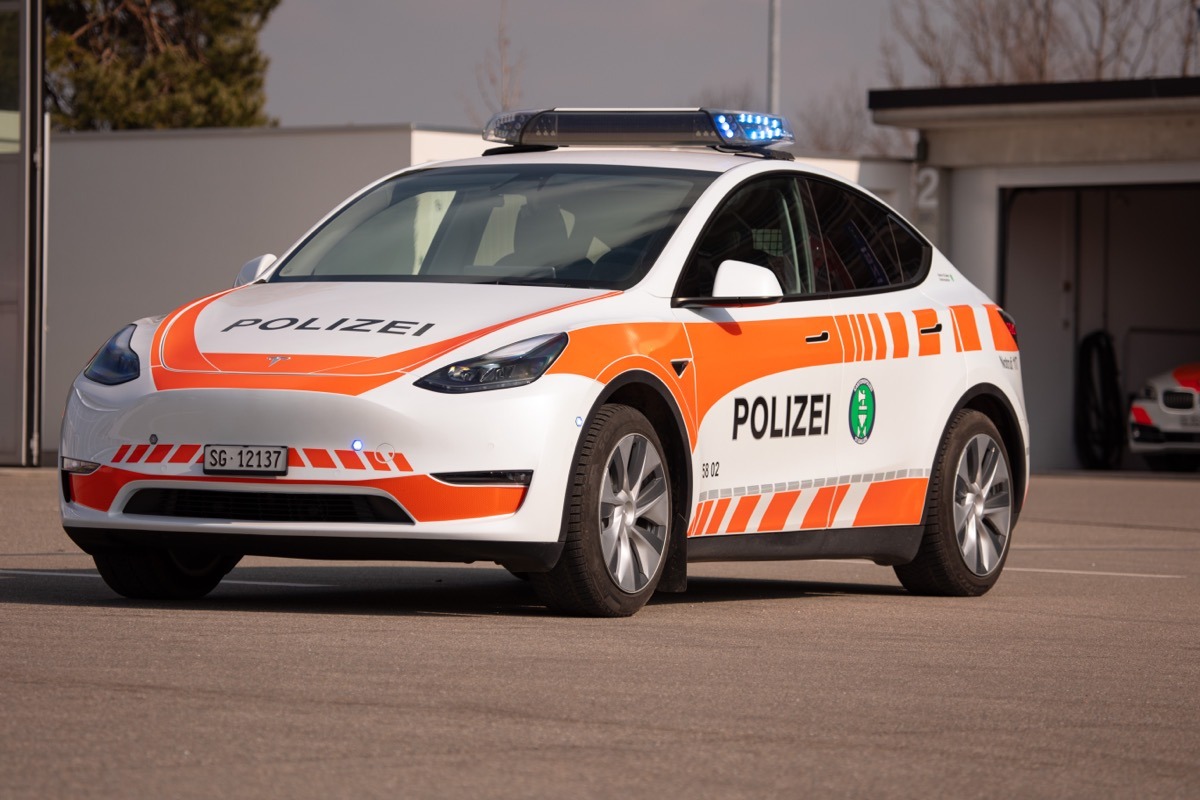