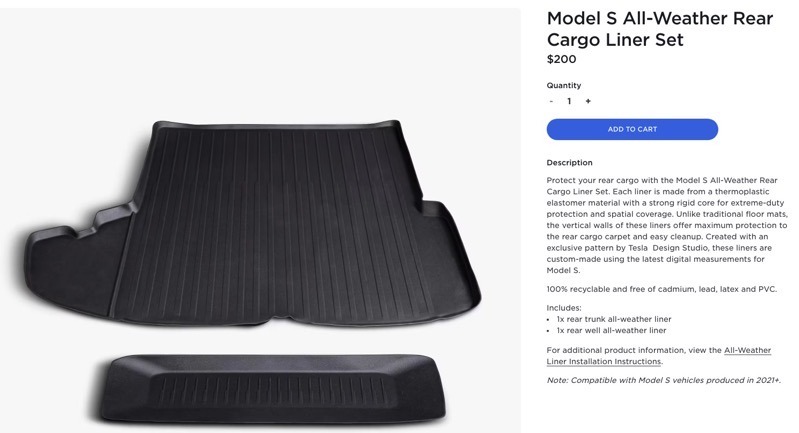 “Each liner is made from a thermoplastic elastomer material with a strong rigid core for extreme-duty protection and spatial coverage. Unlike traditional floor mats, the vertical walls of these liners offer maximum protection to the rear cargo carpet and easy cleanup. Created with an exclusive pattern by Tesla  Design Studio, these liners are custom-made using the latest digital measurements for Model S,” explains Tesla.

The kit includes the rear trunk liner and rear well liner, that is “100% recyclable and free of cadmium, lead, latex and PVC.”