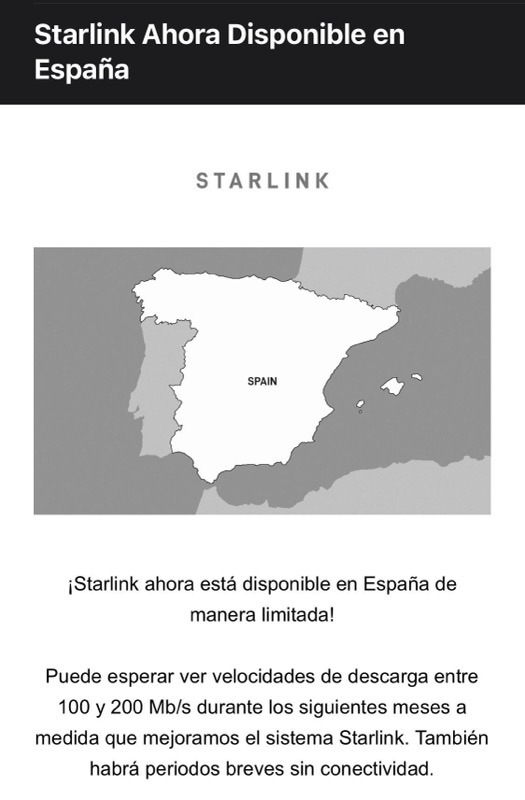 SpaceX has officially launched its Starlink satellite internet in Spain this week, according to customers sharing the news on Reddit.

An email sent out by SpaceX informed customers Starlink would be available in limited capacity, with download speeds between 100 to 200 Mbps at launch. The email says Starlink internet is going to be improved and there may be short periods of no connectivity.

Starlink customers also noted the Spanish government is charging a 9 Euro (roughly $10 USD) per month “regulatory fee”, on top of the 99 Euro ($111 USD) per month pricing from SpaceX, for a total of 108 Euro per month. Many on Reddit said this was a tax grab by the government, as it has nothing to do with Starlink.

Also on Thursday, according to u/RandomTypek, Starlink satellite is now available in Slovakia. 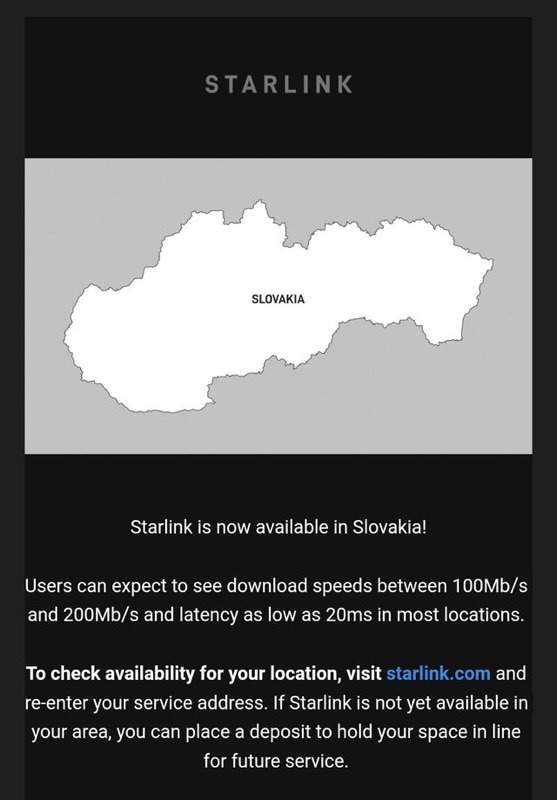 SpaceX is set to launch a new batch of Starlink satellites on Thursday, with the launch slated in the next 30 minutes from Launch Complex 39A (LC-39A) at Kennedy Space Center in Florida, USA.