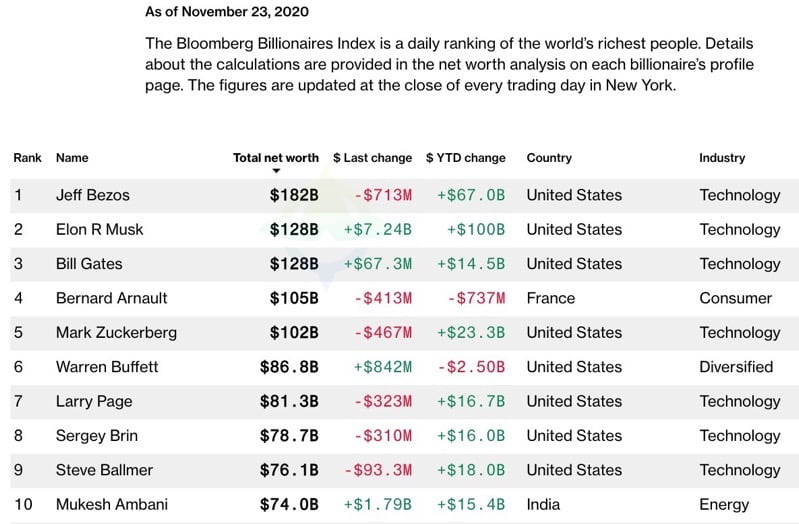 According to the daily Bloomberg Billionaires Index ranking, Tesla CEO Elon Musk surpassed Bill Gates to become the world’s second-richest person, with a total net worth of $128 billion.

Musk recently saw a gain of $7.24 billion according to Bloomberg, due to the recent surge of Tesla, ahead of the latter’s inclusion into the S&P 500 next month.

Bloomberg reports in 2020, Musk has added $100.3 billion to his net worth, more than anyone other billionaire on its index, which ranks the world’s 500 richest people.

As for Bill Gates, this is only the second time in the Bloomberg index’s history the former Microsoft co-founder has ranked any lower than the second spot.

There appears to be no stopping Tesla’s recent stock surge, as the company may even double to $1,000 per share, according to one Wedbush Securities.

Earlier today, Tesla closed the Monday trading day at yet another all-time high, reaching $526 per share, while the company’s market cap is quickly approaching $500 billion.