Ford to Invest Nearly $2 Billion for Electric Vehicles in Canada 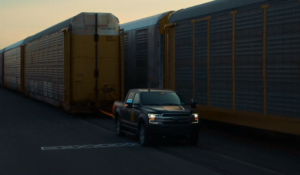 As reported by The Star, Unifor National – the largest trade union operating in Canada’s private sector – and Ford Motor Company of Canada Ltd. have reached a provisional agreement wherein the latter will be investing close to $2 billion in its Canadian production facilities.

According to Jerry Dias, Unifor National’s President, Ford has agreed to invest a sum of $1.95 billion in its Canadian production plants as part of this deal.

The bulk of this sum, some $1.8 billion, will be put into Ford’s Oakville, Ontario facility and is earmarked for the manufacturing of five electric vehicles, along with an engine contract in Windsor, Ontario that could create new jobs. Investments in EV production could certainly help with the ongoing supply shortages in Canada.

This provisional agreement will be ratified this weekend when it is presented to 6,300 union workers at Ford and put to a vote. The deal was struck Monday, September 22, on the heels of a 23:59 ET bargaining deadline established by union workers. Had the deadline not been honored by Ford, workers were prepared to go on strike.

Once solidified, this deal and its particulars for new product lines, wages, benefits, shift regulations, and pensions will serve as a baseline for future negotiations between Unifor National and the likes of Fiat Chrysler Automobiles and General Motors.