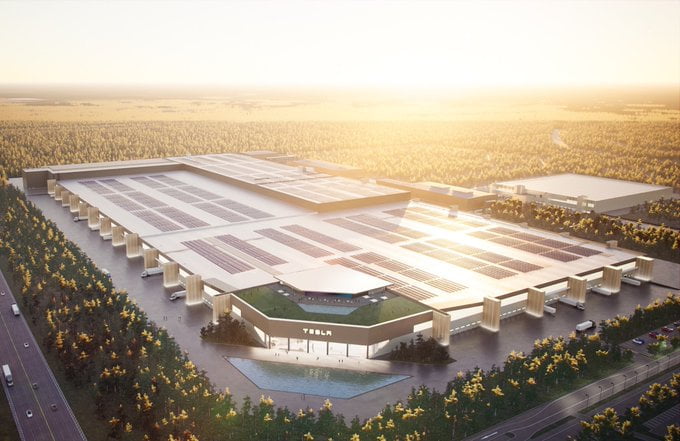 In spite of earlier reports that Tesla would have “every assistance” from the German government in its construction goals, the California-based company has been stopped up three times by German courts in the past several weeks. And in the newest blow to the company’s morale, it has been asked to stop cutting down trees at […]
Peter McGuthrie
2 years ago

Tesla’s Giga Berlin site is well underway after a first round of deforestation, though new reports show that the company will now need to remove more trees to continue construction. On Monday, Teslarati reported that Tesla has gained approval from the State Office for the Environment to begin the second phase of deforestation needed to […]
Peter McGuthrie
2 years ago

Tesla Gigafactory 4 and Its Positive Impacts on Brandenburg

After signing the purchase contract for a 300-hectare property in Grünheide earlier this month, Tesla moved on with its plans to build the company’s first European facility. Several meetings with the local authorities have taken place and according to Economics Minister Jörg Steinbach, the recent event and the upcoming activity can prove to be beneficial […]
Sarah Lee-Jones
3 years ago

Tesla's Afforestation Tasks Might Be More Complex Than Planned

Tesla recently acquired a 300-hectare property in Germany for its Gigafactory 4. Building the facility requires significant tree removal, yet the company plans to plant three times more trees than the ones cut down. However, carrying out this task might not be as easy as expected. After negotiating the purchase contract earlier this month, the […]
Sarah Lee-Jones
3 years ago